I'm learning more how to handle drawing on my iPad because being as forgetful as I've been, I packed my Wacom tablet and sketchbook in one of the moving boxes for my move to New York without thinking that they wouldn't be unpacked until I have a place to move them into. But while staying at a hotel apartment hunting, I've been working on my digital skills and taking advantage of the absence of my usual tools. Of course I could buy another sketchbook, use notebook paper, or draw with a mouse... but this is more fun!


The clown face painting guy I did started out as a simple colored head study to apply techniques I learned from various art courses I took last year. It looked pretty boring just as a plain head, no hair, so I added in hair and vibrant colors to his face to explore different results I'd get with different blending modes. I also wanted to pay my respects to clowns...cause I love clowns :)
I saw a hella creepy creature art piece done by Ian Joyner on CGHUB and it gave me inspiration to do my own glowing eyed creepy alien critter which is also my very first post on CGHUB. Wooh! 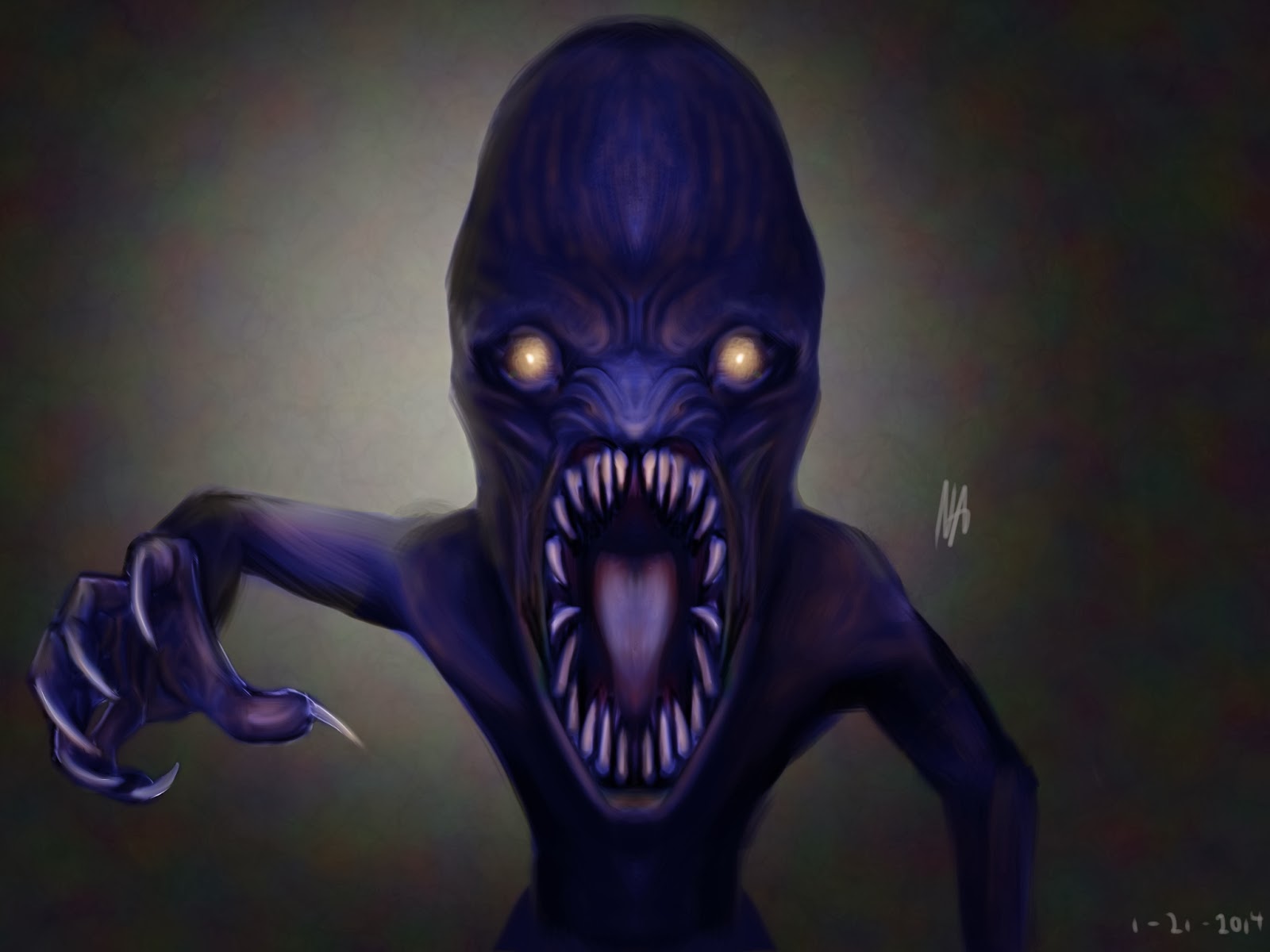 Polluted and Toxic Environment sounded interesting. I wrote down a list of brainstorming terms that I wanted to show in my concept. Without taking the "Low hanging fruit" (a phrase I learned on the show), which might have been to go toxic green in my thoughts, I looked up pictures depicting real toxic and oil spills to get other ideas. Orange brown was a color that showed up a lot along with black-ish brown for oil spills.

There is another historical event that I referenced from and that was Agent Orange from the Vietnam War between 1962 and 1971. It was claimed to be a pesticide to be sprayed over the jungles to get rid of unwanted plants and insects, but a contaminated batch ended up doing more damage than intended to the soldiers and residents living in the area causing deaths and children born with birth defects. Agent Orange still affects lives today with the future generations also becoming victims. Vietnam Veterans have dealt and are dealing with the affects as well. It's a really brazen event that shows what toxins can do. This key point drove most of my design choices from here on out. Sad images of victims and the environment helped me see how this creature would be affected if it were living in a toxic environment. A lot of it was really depressing to see, but I wanted to ground my creature in reality as much as I could without solely going off of my imagination. 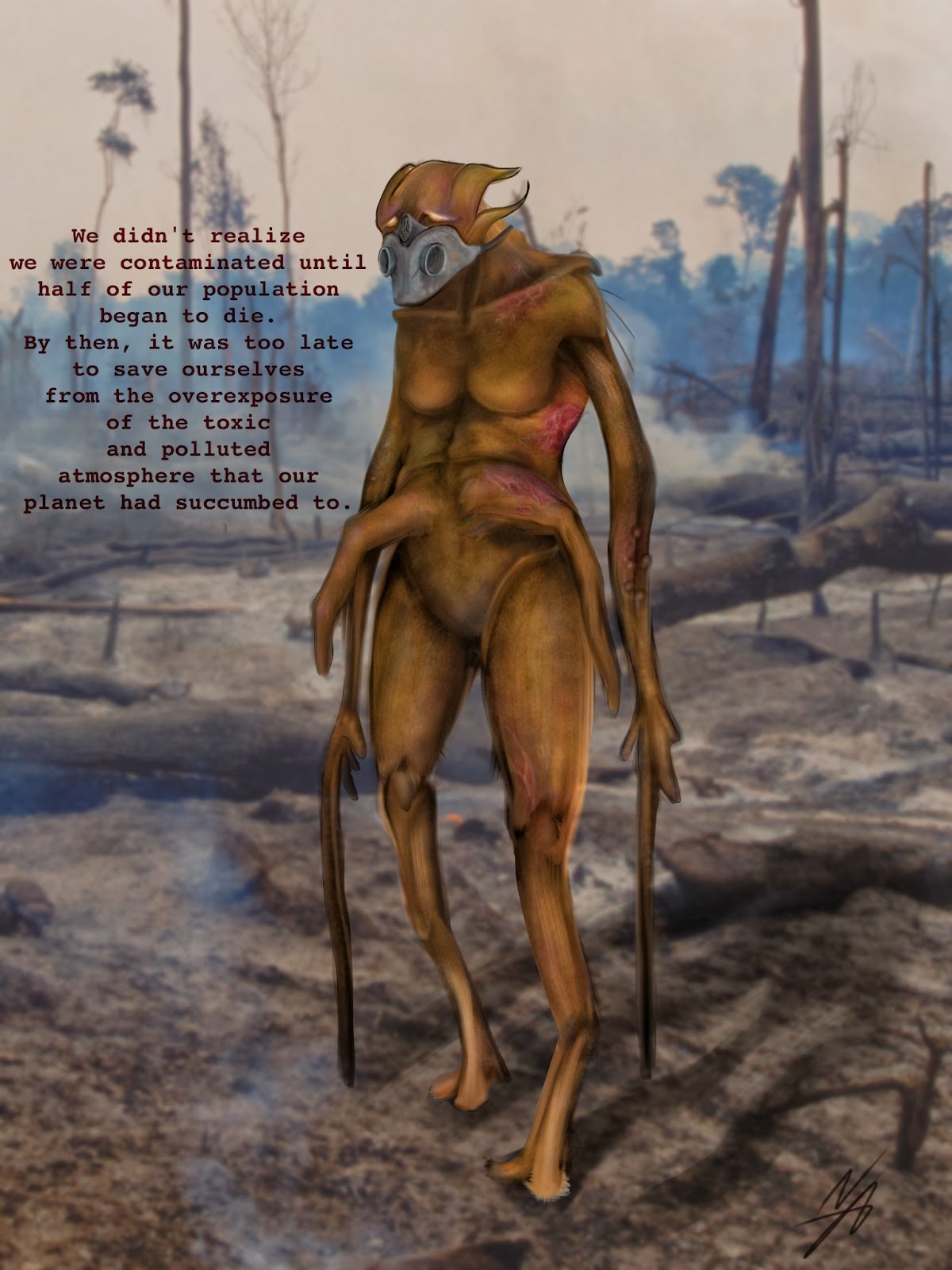 All these were done using the ArtStudio App by Lucky Clan for iPad and a stylus. Please feel free to ask me any questions. Hope you enjoyed this post and thanks for reading!
Posted by NatalieA at 11:38 PM